Don’t let the youthful tie-dye and bows fool you. This season’s Prada woman is decidedly not a millennial. “I don’t like it while people assemble meaning around a term like millennial,” said Miuccia Prada pointedly backstage.   “It means somebody to sell things to. Young people are different kinds. They’re intelligent, they’re stupid; they’re cultivated, they’re not. I speak to people.” 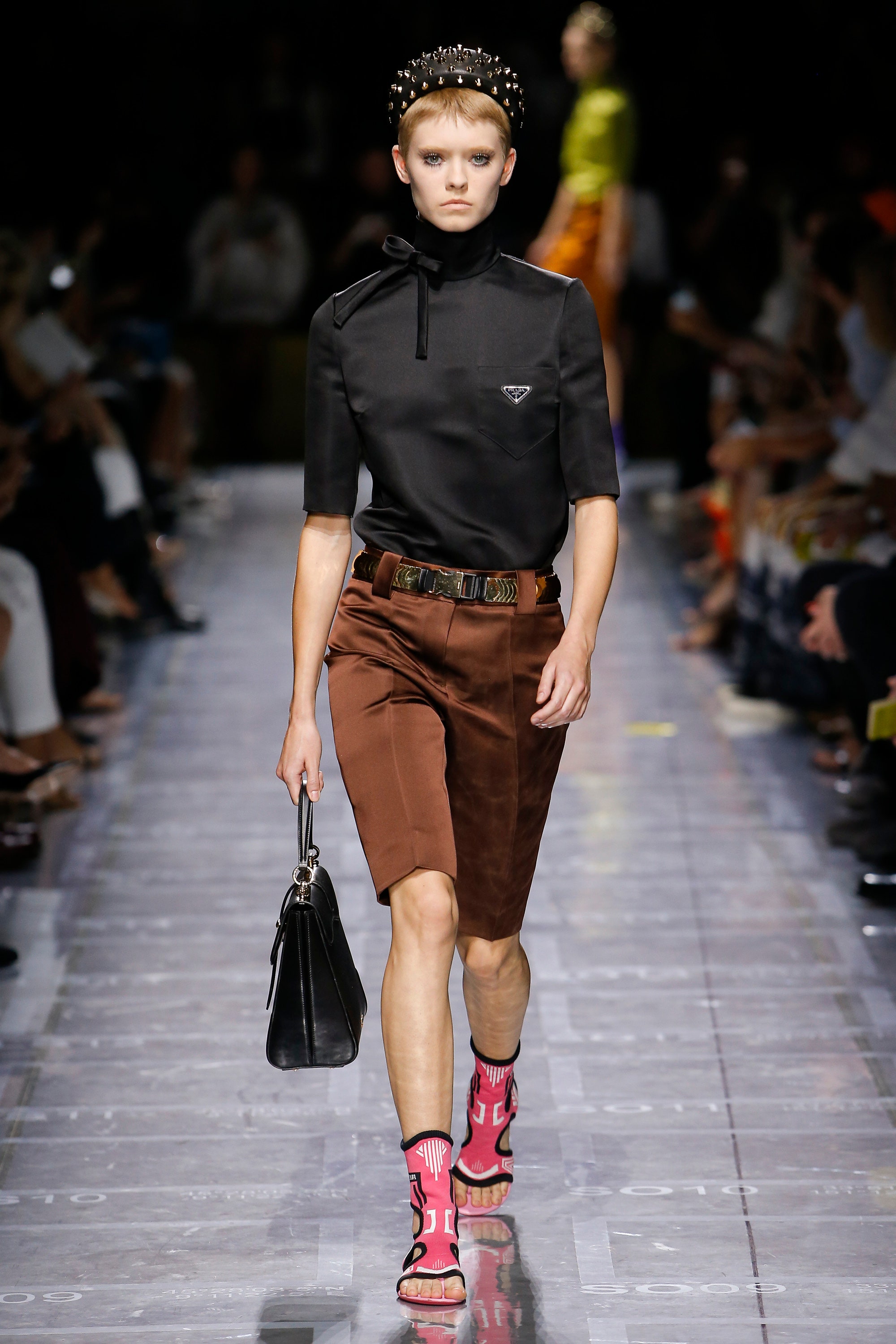 That celebration of the individual played out expertly in Prada’s beauty look, which was masterminded by hairstylist Guido Palau and makeup artist Pat McGrath. 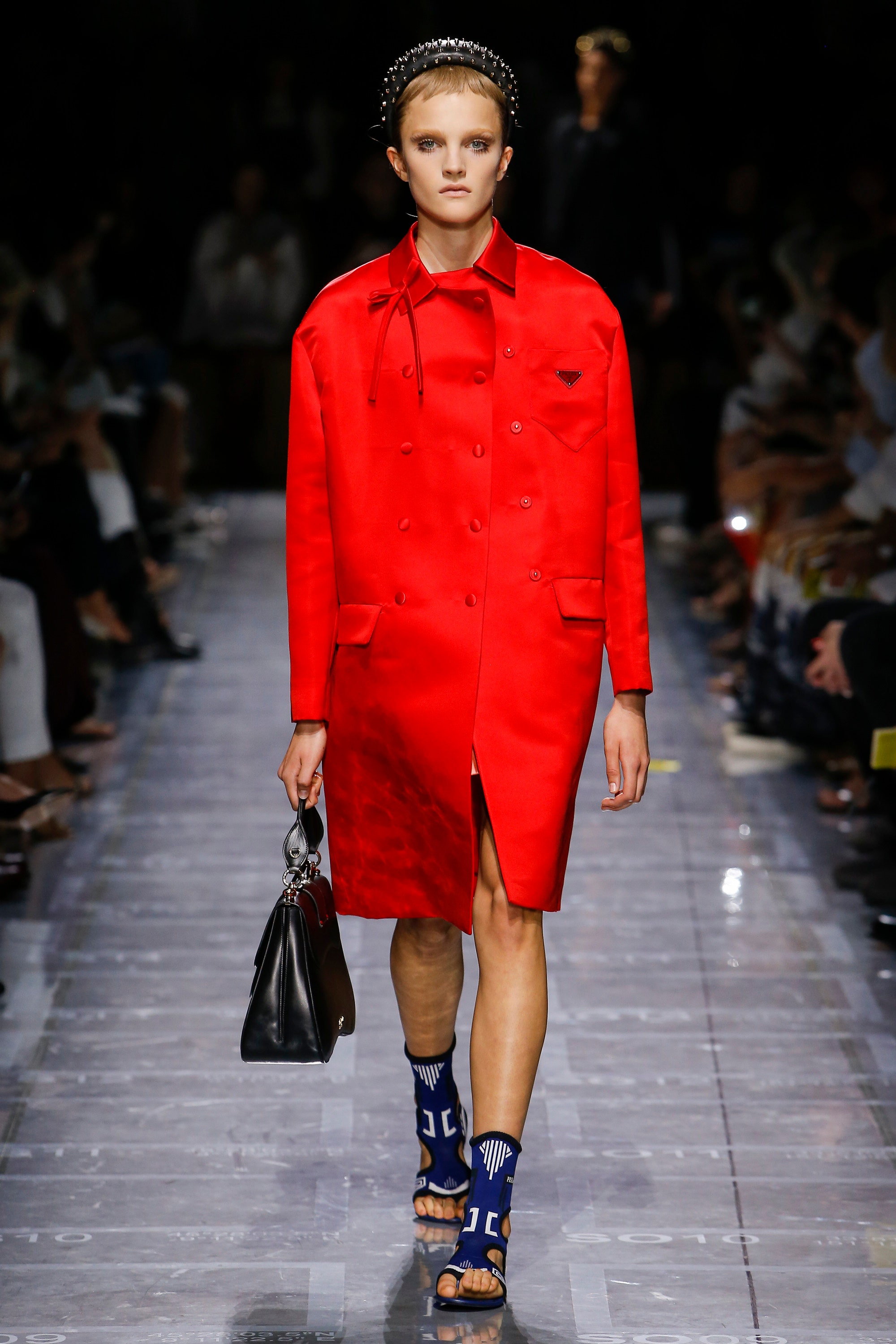 On the surface, the renowned duo created a uniform army of swinging ’60s beauties with short baby bangs also Twiggy-esque lashes, but as Palau and McGrath explained to Vogue backstage. There’s more than just prettiness at play. It’s all about duality—something sweet with a subversive streak. 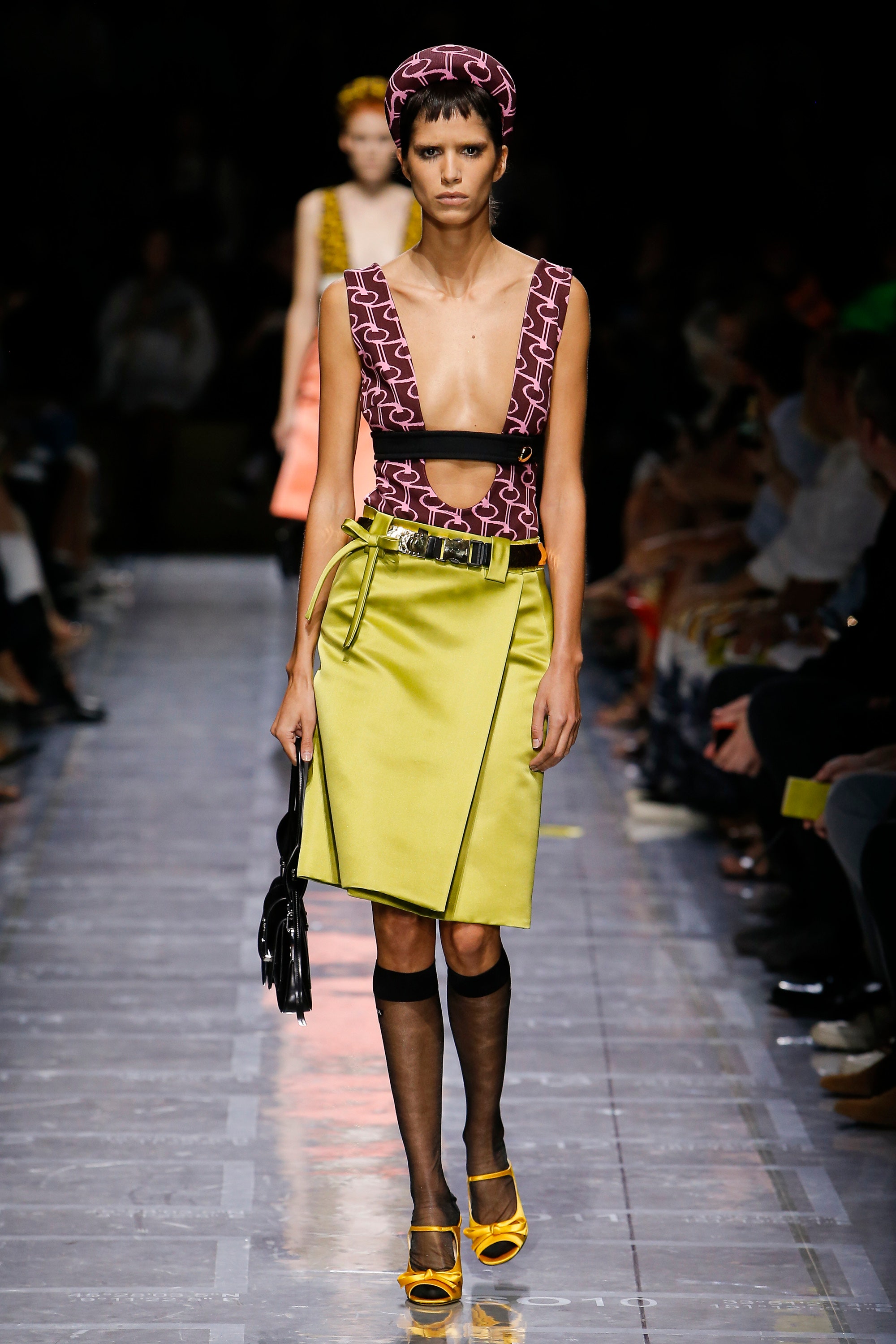 The hair, slicked back and razor sharp, was a marriage of the toughness of British punks and the whimsy of ’60s It girls. Some models underwent dramatic transformations, like Nikki Tissen. Getting boyish crops that contrasted with the bubbly elegance of the clothes. 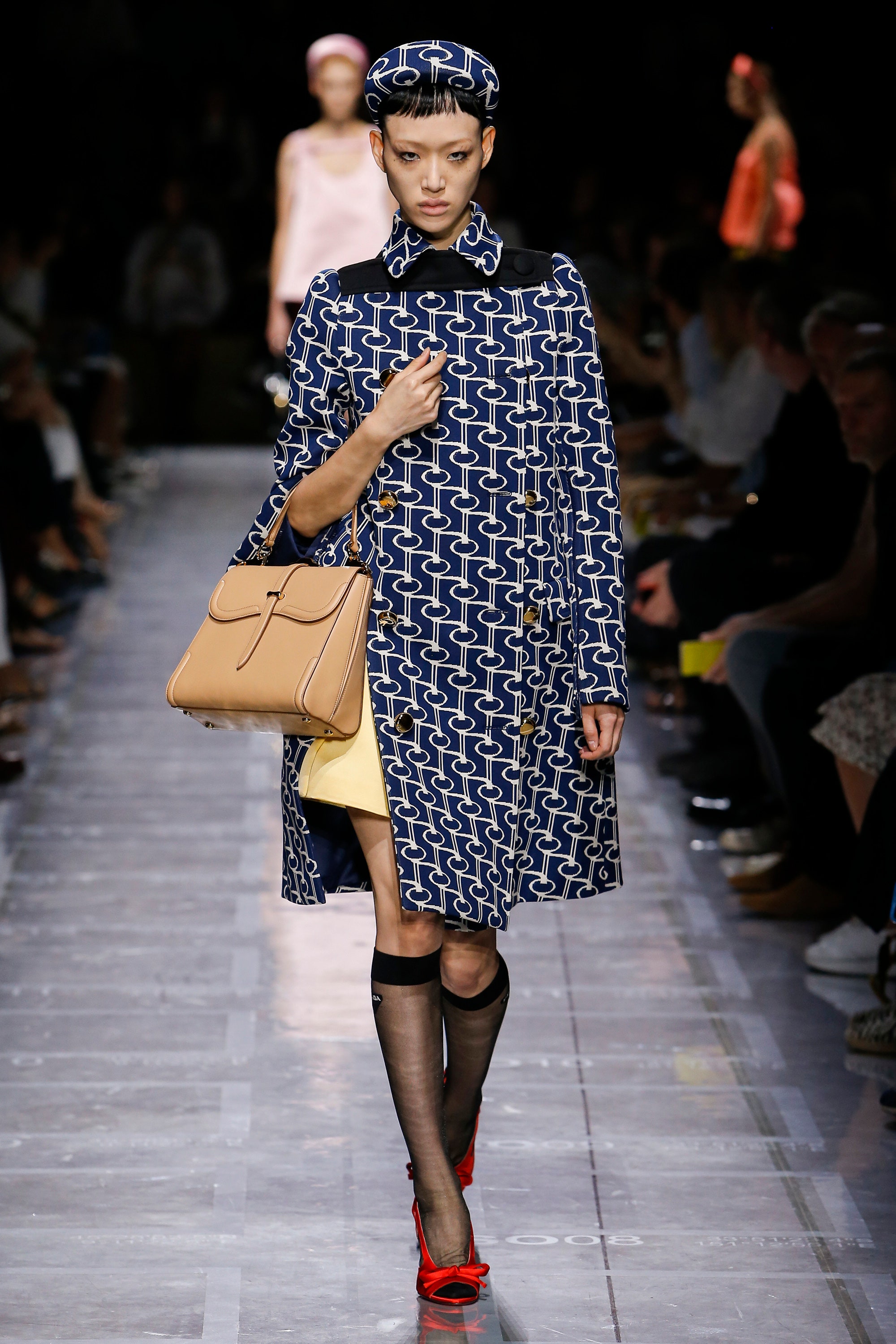 Every crown was topped off with an oversize headband—some pastel pink. Another dotted with studs—giving each girl that touch of classic beauty, that “Prada-ism,” says Palau. 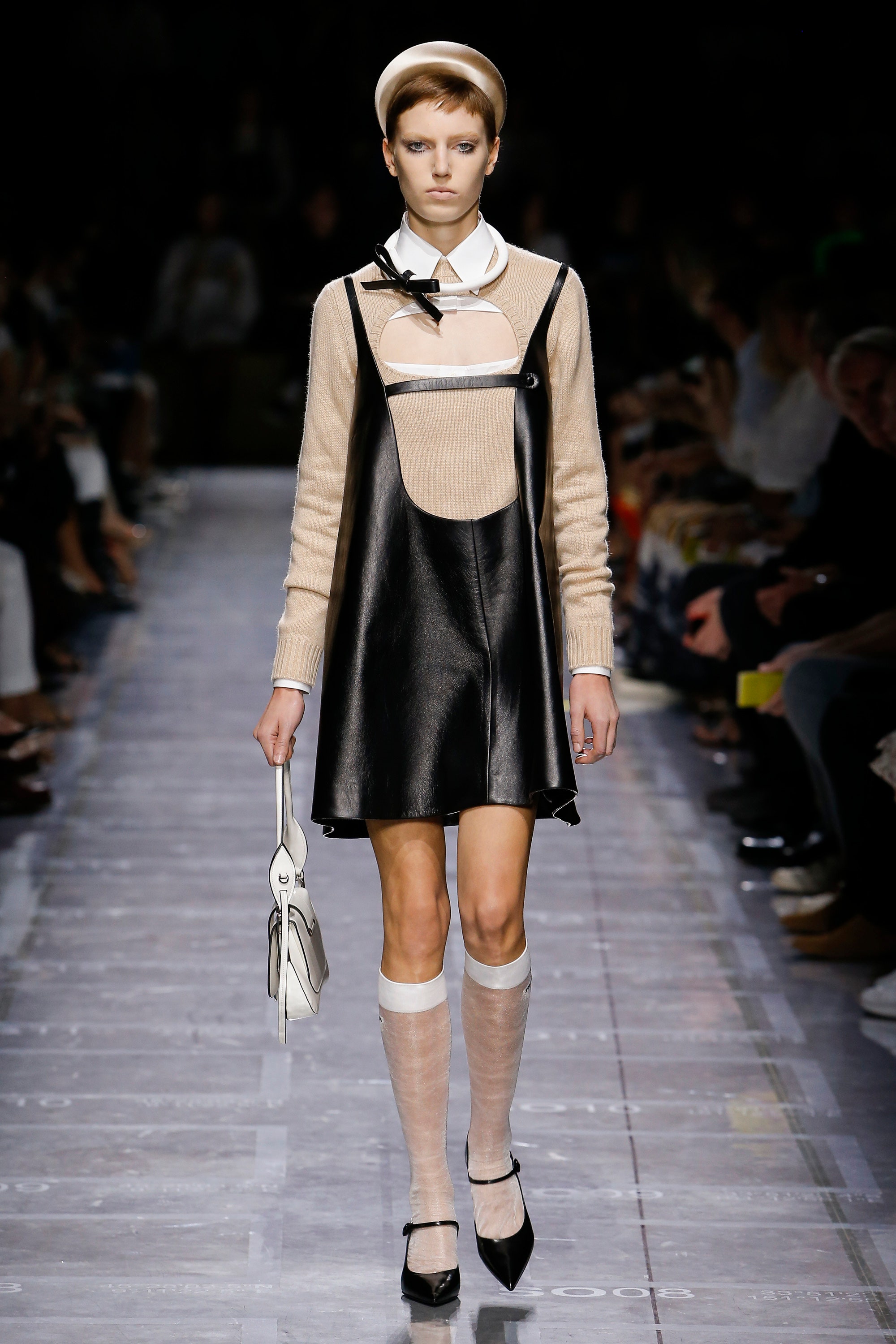 Otherworldly beauty was McGrath’s mark for the makeup. Certainly, the eyes are the star, with mascara-laden lashes and trompe l’oeil shadows painted on upper and lower lids alike, but look a little deeper and you’ll find that these aren’t your typical wallflowers. 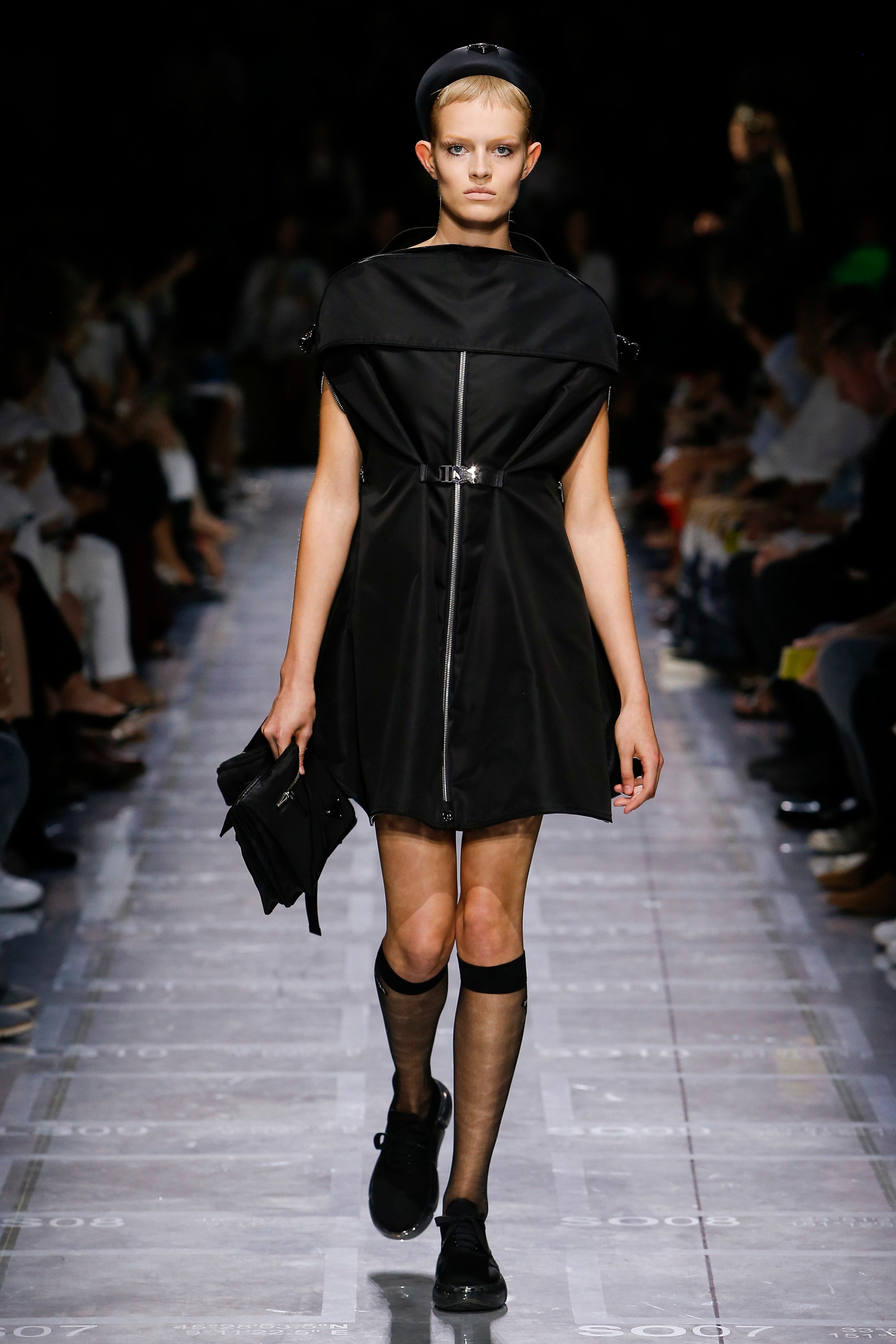 With bleached eyebrows, ultra-matte skin, and a gloss-less lip, Prada’s women have an “alien” quality, according to the makeup artist. Is it a totally out-of-this-world proposition? Maybe not. As women today grapple to redefine their place in society, consider this Prada’s declaration that a little girlishness can go a long way. Source: Vogue